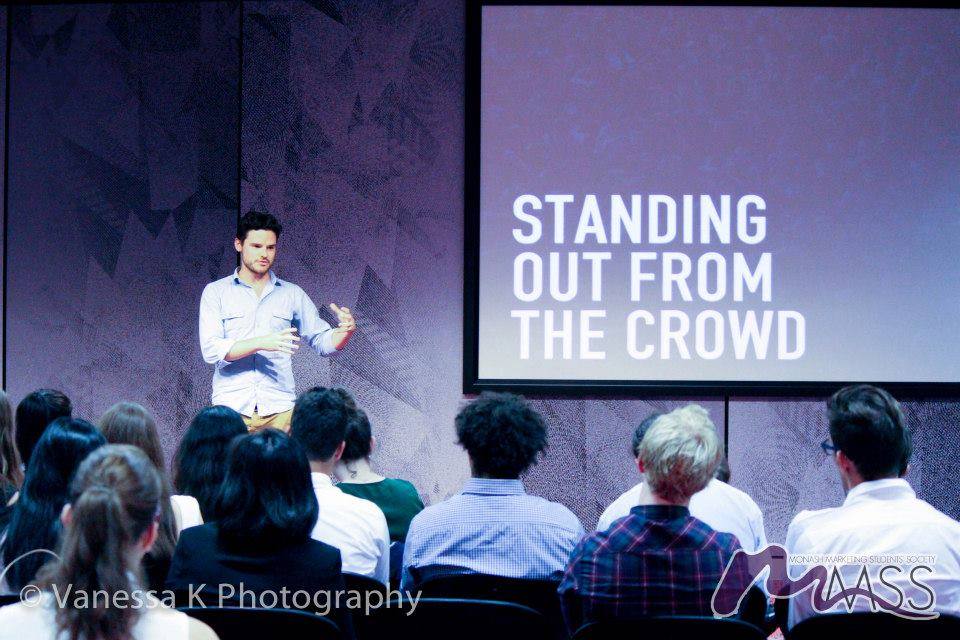 A few weeks ago I gave a talk to some Monash students about how to stand out from the crowd. It was my usual spiel about how I met Russel Howcroft who gave me my first job and from which I learnt the easiest way into the industry is to make something.

Afterward a number of the students asked about the best way to network. But the thing is, I’m not so good at networking in the traditional sense of the word.

As a student I attended similar events to the one I spoke at, and had no idea how to meet industry people and make an impression. The smartest thing I ever did was ask Russel for a photo to put on my blog.

But a few years later, I do have some thoughts. And the best piece of advice I have has nothing to do with ‘networking events’, but rather a very simple two words:

Here’s an example of something you could give, even as a student (but you don’t have to be).

I’m a craft beer fan. I had an idea for an article about Little Creatures changing the recipe of their Bright Ale, and I wanted to write about it. But I didn’t have any where to publish it, figuring it probably wasn’t of interest to the existing readers of this blog.

So I emailed the editor of Brews News, an Australian website about all things beer. He asked me to write it up and a few days later, he published the article.

This doesn’t mean I now have a relationship I could exploit, but it’s certainly a contact I’ve now made which I think falls neatly into the definition of “networking” (plus I have somewhere to occasionally publish my beer ramblings).

Here’s another example of giving things away. I recently noticed a number of websites I read didn’t have an icon for when their site was bookmarked on iOS. Instead they used the generic versions you can see on right. It’s a pretty easy fix, so I sent the website owners an email with instructions on how to do it.

Thus far, the response has been extremely positive.

By giving these two things away, I’ve introduced myself to interesting people, given them something of value and started a conversation I’m sure I could pick back up if I ever needed to.

Much more interesting, and dare I say effective, than attending a networking event and handing out business cards.