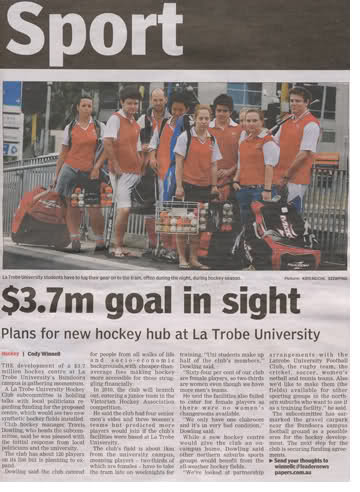 I can’t believe I’m going to do this but I’d like to give out some advice; just ask.

If you want something or need something, I’ve come to realise there’s no harm in just asking occasionally. I’ve blogged about how I use Twitter for that exact reason and it even worked for my internship (more deets on this soon).

Next year I’ll be stepping in as President of the La Trobe University Hockey Club. Part of our long term strategy is to build new grounds on the Bundoora campus. A sub committee has spent 18 months putting together a business case and is now looking to make it happen.

To get support from local members of parliament, we just asked.

To get media coverage from local newsapaper editors, we just asked.

I think you’ll be surprised at how often people are willing to help. And if there’s anything I can do for you, just ask.