Julian Cole told me about The Gruen Transfer, a series about advertising soon to appear on ABC.

Looks really interesting, particularly after they’ve released some “commercials” for fake products promoting the show like this one…

Particularly on a channel that does not run TVCs, they seem to have gained a few bit of attention. Even more interestingly, during the Logies every time Andrew Denton was shown he was holding a beer. Turns out he is the show’s producer and I managed to capture some shots from the event… 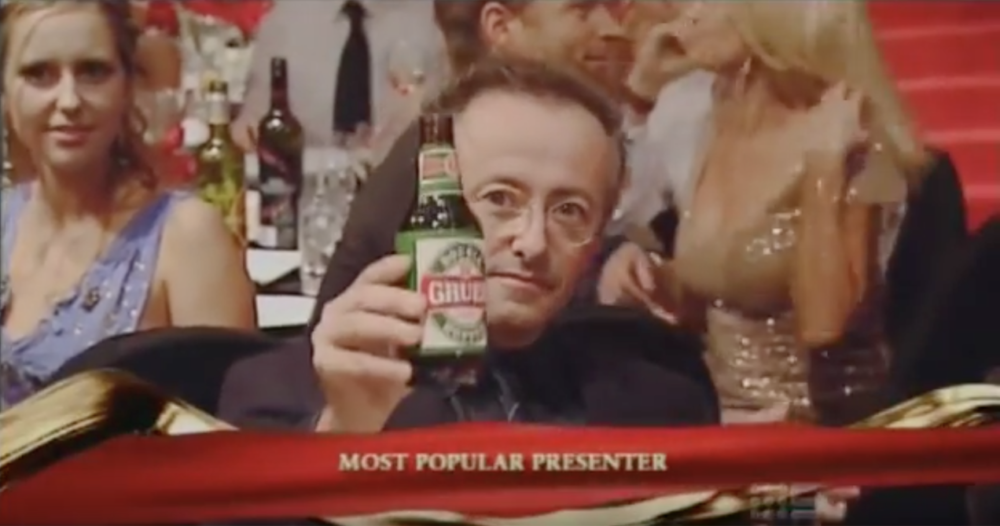 Is that… Gruen beer?

For a brand that rarely advertises, the ABC does a fucking good job of marketing.